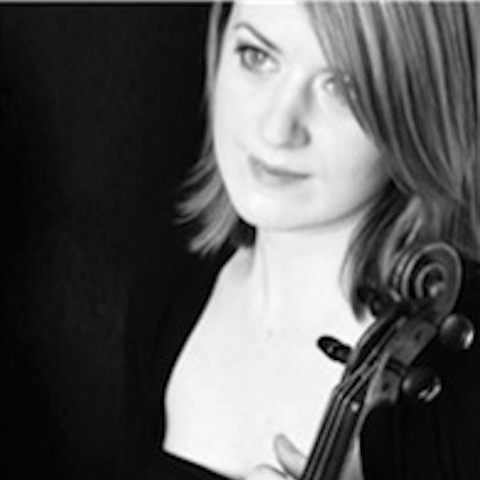 Studied at the Royal Academy of Music in London, graduating with a Dip. RAM in 2002. Whilst a student, she was awarded many prizes and scholarships, including the Principal's Prize for Violin Playing, the Beare's Bow Award, the Boise Foundation Scholarship and the Heineken Ireland Violin Competition. Sarah became the first Irish person to lead the European Union Youth Orchestra in 2001, under Sir Colin Davis and Paavo Järvi. More recently, Sarah has been invited to perform as guest leader of the RTE National Symphony Orchestra, the RTE Concert Orchestra and Camerata Ireland.

Sarah regularly appears as soloist, most recently performing on RTE television playing Mozart's 5th Violin Concerto with the RTE National Symphony Orchestra of Ireland as part of their ‘Mozart Sessions’ series. She has enjoyed performing as soloist with many other orchestras including the RTE Concert Orchestra, the National Youth Orchestra of Ireland, the Cork Symphony Orchestra, the Orchestra of St. Cecilia and the London Irish Chamber Orchestra. Sarah is a founder member and leader of the Callino Quartet, established at the 1999 West Cork Chamber Music Festival, and enjoys a busy concert schedule in the U.K., Italy, France, Germany, Lithuania, Hungary, Canada and the Netherlands. She plays on a violin made by Nicolo Gagliano made in Naples in 1769 purchased with the generous help of the Arts Council of Ireland and Music Network.