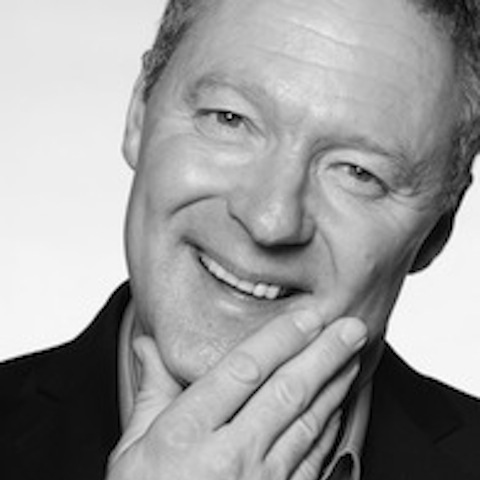 Twenty-five years ago, Rory Bremner performed his first public impression. Nine years later, he starred in his first BBC series "Now For Something Else". Today, he is widely rated as Britain's sharpest impressionist – a one-man opposition party – with his weekly Channel Four show "Bremner, Bird & Fortune" (Vera Prods) and seasonal ‘specials’, regularly winning awards as the best satire on television. He ‘does’ over 100 people, from Tony Blair to Mohamed al Fayed.

His unique brand of comedy and satire has sustained a highly successful career in radio and television for over 25 years. Nowadays, he's equally in demand as a columnist for newspapers and magazines, a documentary presenter and one of the country's leading after-dinner speakers.

Rory was born in Edinburgh in 1961 and educated at Clifton Hall, Wellington College and King's College, London, where he was made a Fellow in 2006. He is an Honorary Fellow of Queen Mary College.

Their book ‘You Are Here’, (‘a stockpile of satirical ammunition’- Daily Telegraph) was published in 2005. In 2008 they created a four-part satirical documentary series on the global financial crisis, Silly Money.

Prior to that, Rory had seven series on the BBC, from 1986 to 1992, winning the Special Award at the Golden Rose of Montreux in 1987. Over the last two decades, Rory's appeared in many of the top TV comedy shows, from Spitting Image and Whose Line is it Anyway to Have I Got News For You, Mock the Week, and QI. He's appeared more than any other guest on Parkinson and Wogan.

He is a frequent guest on The Andrew Marr Show (BBC1) where he provides a satirical review of current political events through his many characters.

In addition to his many comedy appearances he has translated two operas (Carmen and Der Silbersee) and a Brecht play (A Respectable Wedding, for the Young Vic). He is a regular contributor to The Times, The Telegraph, The New Statesman and Radio Times, for whom he has interviewed Michael Parkinson and David Frost.

When not working he enjoys travel, opera, cooking, sport (especially cricket - he had a 1985 Top 20 hit as ‘The Commentators’ with N.n..nineteen not out) and motor racing – he owns a 1963 Alfa Spyder.

He lives in London and Oxfordshire with his wife, artist Tessa Campbell Fraser, and their two daughters Ava and Lila.

“The script had me chuckling from start to finish, but I was also struck by how original the concept was: a children’s story written to perfectly overlay an entire symphony (and Rimsky-Korsakov’s Scheherazade is one of my favourites, by the way) as an exciting introduction to classical music?  A magical idea indeed!”

Find out more or adjust your settings.