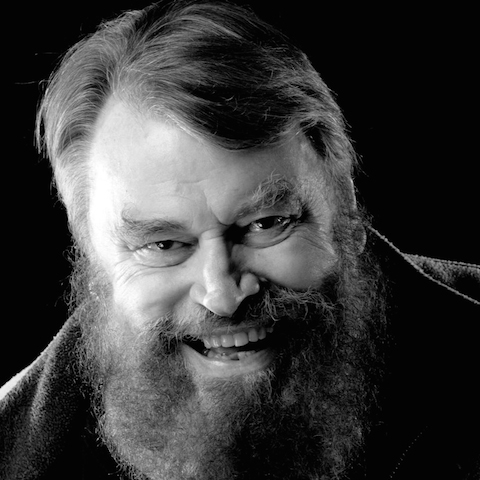 The Great Sultan Shakriar / The King

Brian Blessed was born in Mexborough and grew up in the mining village of Goldthorpe. He trained at the Bristol Old Vic Theatre School before beginning a distinguished and varied career, which has encompassed all media. Brian is now one of this country's best known and most highly respected actors.

Brian created the role of ‘Old Deuteronomy’ in Andrew Lloyd Webber's highly successful musical, Cats, for which he received a SWET nomination. He also starred as ‘John Freeman’ in the West End musical Metropolis. Whilst a member of the Royal Shakespeare Company he played ‘Claudius’ in Hamlet, ‘Exeter’ in Henry V and ‘Hastings’ in Richard III. At the Royal National Theatre he created ‘Maxim Gorky’ in Robert Bolt's State of Revolution and played the role of ‘Sir Tunbelly Clumsey’ in The Relapse, directed by Trevor Nunn. He also played ‘Henry II’ in The Lion in Winter at Basingstoke and he created the role of ‘Baron Bomburst’ in the original cast of the hugely successful musical, Chitty, Chitty, Bang, Bang at the London Palladium.

Countless television roles include; ‘Augustus Caesar’ in I Claudius for which he received the New York Critics Award; ‘PC Fancy Smith’ in Z Cars; ‘Porthos’ in The Three Musketeers; ‘Pepone’ in The Little World of Don Camillo; ‘Spiro’ in My Family and Other Animals; ‘Richard IV’ in Black Adder; and the larger than life ‘Squire Western’ in the BBC's classic drama series Tom Jones.

On Film, Brian played ‘Talthybius’ in Trojan Women, ‘Vultan’ in the ever popular Flash Gordon; ‘Pedro’ in Man of La Mancha; ‘Long John Silver’ in Return to Treasure Island; and ‘Lord Locksley’ in Robin Hood Prince of Thieves with Kevin Costner. In Kenneth Branagh's Henry V he played ‘Exeter’, in Much Ado About Nothing he played ‘Antonio’ and in Hamlet he played ‘Hamlet's Father and the Ghost’. He played ‘Boss Nass’ in George Lucas' Star Wars: The Phantom Menace, ‘Clayton’ in Walt Disney's Arzan and ‘Leonidas’ in Oliver Stone's Alexander. More recently he played ‘Cardinal Piccolomini’ in The Conclave, ‘Lord Francisco del Ruiz’ in Day of Wrath, ‘Duke Frederick/Duke Senior’ in Kenneth Branagh's version of As You Like It and the role of ‘Trevor Pilkington’ in Back in Business.

Brian has worked with some of this country's great orchestras. At the Royal Festival Hall he appeared with The London Symphony Orchestra and massed choirs performing Arthur Bliss's Morning Heroes. He followed this with the inevitable Peter and the Wolf with the Bolshoi Symphony Orchestra in Birmingham, Prokofiev's Ivan The Terrible with the Royal National Scottish Orchestra in Glasgow and he has recorded A Young Person's Guide to the Orchestra. He ‘Narrated’ King Olaf with The Danesborough Chorus and Tales of the Unexpected / Little Red Riding Hood with The BBC Concert Orchestra.

More recently Brian played "The Narrator" in a UK Tour and in New York in Prokofiev's Peter and the Wolf.

Brian lives in Surrey with his wife, the actress Hildegard Neil. They share their home with numerous dogs, ponies, cats, ducks and fish! They have one daughter, Rosalind, who is also an actress.

“The script had me chuckling from start to finish, but I was also struck by how original the concept was: a children’s story written to perfectly overlay an entire symphony (and Rimsky-Korsakov’s Scheherazade is one of my favourites, by the way) as an exciting introduction to classical music?  A magical idea indeed!”

Our successful Kickstarter campaign raised over £9,000. See how we did it by clicking here.

To get in touch please Poke_Us@TheOpusPocus.com!